Let me show you to your jail cell.

It was late. I had been travelling for 26 straight hours on three hours sleep. I had just flown into Cape Town from Qatar which was disconcerting enough -- it's a very strange feeling to be on the ground in a place you know you couldn't find on a map. All I could think about was my first hot shower in 4 months. So when I arrived in South Africa a month ago to find myself surrounded by belligerant customs officials threatening to throw me in jail and deport my sorry self straight back to India I was not in the mood for politeness. I won't lie, as I wearily pondered my lack of options with the 700 pages of Long Walk to Freedom weighing heavily in my sack, I briefly romanticized the idea of spending my first night in S.A. in prison. Something inside me wanted to raise my right fist toward the sky and shout "iAfrika I'm with you Nelson". As I thought about this picture and cursed the s.a. establishment for always trying to keep the black man down, I soon remembered three important facts: first - a night in the Cape Town International Airport Holding Cell isn't exactly Robbin Island; second - I am in fact not an oppressed black man so much as I'm pastey and priveleged and will never understand the struggle; and finally that prison fantasies tend to be of the type that almost always dissapoint.
Mandela at Robben Island: 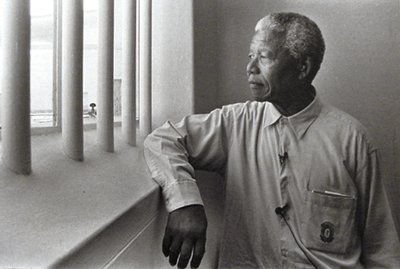 So, quelling my inner protester, I put on my best takepityonmei'mjustapoortiredgirltravellingthishardhardworldonherown face and managed to convince my personal security guard to beg the slowest airline ticket counter lady in the world to reopen her stall so that I could purchase something other than a 7000 rand one way ticket to Amsterdam and get myself the hell out of the airport. Several hours and a fallen dream of being a South African freedom fighter later, I snuggled into a nice warm bed with my own bathroom with actual running water nearby and an English speaking family and dogs and a cat and television and the huge vacancy of being in a place without constant noise, sights, and sounds impaling me from every angle (oh, India, I miss you). And so, the moral of this story is as you can plainly see is: don't come to south africa without a ticket out of here. Even a seasoned briber like myself couldn't finagle so much as a secret handshake of understanding from these grouchy customs guys.

In any event, since that first night however things have been remarkably easy here in South Africa. In the wake of India, Africa has felt remarkably empty and peaceful, abeit equally as bemusing and complex. In my first three days in this country (a country whose white african population constitutes a mere 10-15% of the total), the only dark skinned people I saw were the ones taking out the trash and cleaning our toilets. I have to admit my inital thought here was "this is the 'new south africa' "? But while my first impression was definitely a cynical one, as the days and weeks have gone on I've begun to see more and more of the many layers of this country. There have been moments when I've paused to look around me and have been completely in awe of the beauty and complexity of the culture where in a room of 20 people there could easily be 20 different skin tones and 20 different languages. Race relations are a definite focal point and I'm nowhere near getting a grasp on all of the currents and friction involved but I am uplifted by the country's apparent willingness to face their issues head on. It seems everyone, in all race groups and social classes, are thinking about and talking about ways to make their country a better place. There are public service campaigns toting South Africa as the land of possibility and honestly, I sort of feel it.

So, after several weeks here, travelling around, learning, reading, talking to people, my hope for the 'new' South Africa is significantly lifted - so much so that I'm taking up residency; I've accepted a job in educational development that will keep me in S.A. indefinitely so new ideas and experiences are sure to unfold. Certainly the added bonus that South Africa might be the single most beautiful place on the planet doesn't hurt ... 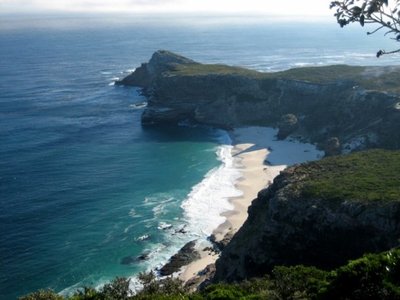 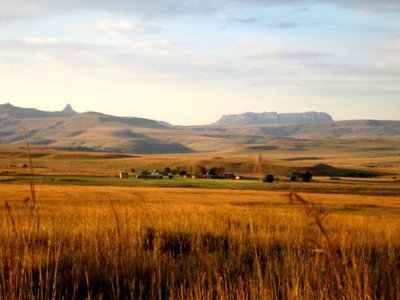 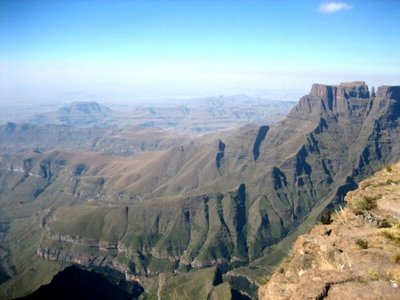 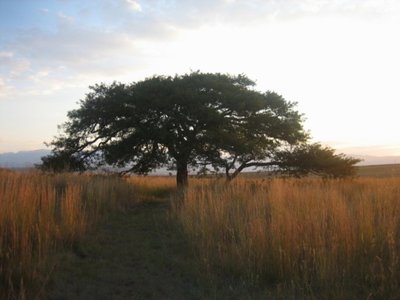 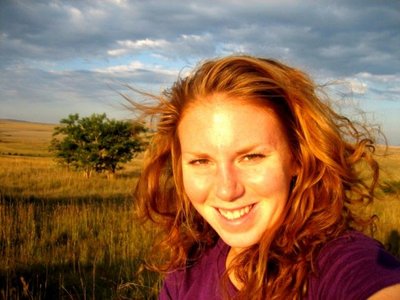 I agree whole heartedly with all you've said. Especially the last sentence. Enjoy your life there.